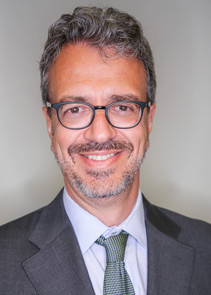 Since 1993, Yann has served with distinction as a member of the Panel of Bankruptcy Trustees for the Southern District of New York (Manhattan). In addition to his own cases, Yann has represented a number of other panel and non-panel trustees in New York and other jurisdictions.  He has directly handled and supervised numerous litigations in the bankruptcy, district and state courts, from recovery actions to complex fraud cases.

Yann has a robust trustee practice with significant experience in complex wind-downs and liquidations, and in the investigation and prosecution of estate claims, including actions against prior management and recipients of avoidable transfers. He has served as a trustee in Manhattan in thousands of bankruptcy cases, including many cases involving asset values of many millions.

Yann is a strong and skilled litigator, focusing on matters relating to bankruptcy cases.  In this capacity, Yann has successfully represented countless parties in these litigations.

Yann is a member of the court-approved Register of Mediators for the U.S. Bankruptcy Courts, Eastern and Southern Districts of New York.

Before joining Reitler Kailas & Rosenblatt LLC, Yann was a partner at Fox Rothschild LLP, where, in addition to his practice, he formed and served as the first managing partner of that firm’s New York office, then as an elected member of the executive committee, and finally as co-chair of the bankruptcy department.  Yann started his career as an associate at Salomon Green & Ostrow, P.C., a bankruptcy boutique firm in New York City. In 1992, he started his own practice, Geron & Associates, which grew significantly until it merged with Fox Rothschild in 2005.

Yann has also served as a court-approved Assignee for the Benefit of Creditors in a complex corporate shut-down and liquidation.

Yann serves in an ongoing role as a contributing author to “Collier Bankruptcy Manual”, the preeminent treatise on bankruptcy law.

Yann serves in an ongoing role as a contributing author to the “Collier Bankruptcy Practice Guide,” a guidebook combining legal analysis with practical procedural and strategic advice.

Yann serves as chair of the Leadership Council of HEAF, a non-profit education and youth development organization that helps public school students from Harlem and the surrounding communities succeed in school, career and life.

November 22, 2016
E-Discovery Takes the Chaos Out of Your Bankruptcy Case
Corporate Counsel

Cyber Fraud Risk to Trustees and Other Fiduciaries

Difficult Debtor
April 8, 2016 at 8:30am – 9:45am
Loews Atlanta
Hosted by: National Association of Bankruptcy Trustees

July 2, 2014
When Law Firms Fail – Who Gets the Unfinished Business?
LawFuel

June 29, 2012
Bankrupt Thelen Collects More Than $400K in Clawback Settlement With 4 Firms
The Am Law Daily

May 8, 2012
Will Thelen and Coudert save Dewey's poachers?
Thomson Reuters News and Insight

May 17, 2010
People in the News
The Legal Intelligencer