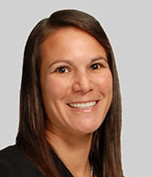 Nikki has developed a significant trustee practice that is built on her acute understanding of the complex issues and pressures her clients face while navigating the bankruptcy process. She focuses primarily on the representation of bankruptcy trustees in Chapter 7 and Chapter 11 proceedings and has more than a decade of experience in all aspects of bankruptcy liquidations, including

Nikki regularly acts as a liaison between debtors, creditors and trustees on matters concerning bankruptcy estate administration, offering guidance and counsel on all aspects of a case from its commencement through closing. She also has experience representing appointed fiduciaries in state court assignments for the benefit of creditors.

Nikki’s most significant representations include:

Prior to joining Reitler Kailas & Rosenblatt, Nikki was with Fox Rothschild.

Nikki is active in her local community, serving as events coordinator for the Low Tide Run, which provides funds for individuals who are battling cancer, as well as a Girl Scout leader and a soccer coach.